Usually, the ATES is operated seasonally. In summer, the excess heat from gas or coal fired power plants, from solar plants or from cogeneration plants is transferred via heat exchangers to the cold groundwater. The resulting warm groundwater transports the heat into the aquifer, where the heat is stored. In winter, the ATES is operated the opposite direction by reversing the flow in the production and injection wells. Now, the stored heat is recovered from the warm groundwater via heat exchangers and used for heating purposes, while the resulting cold groundwater is reinjected in the aquifer.

Usually, the distance between the injection and production wells is between 1000 m and 2000 m (Stober and Bucher 2014). The depth of the aquifer also varies. In Berlin for example the depth of the ATES is between 30 m and 60 m in a shallow aquifer, while in Neuruppin it is at around 1700 m. In the Netherlands, most of the ATES systems use aquifers in depths between 20 m and 150 m in the subsurface (Bloemendal and Hartog 2018).

In contrast to MT- and HT-ATES, due to the low temperature in LT-ATES, a heat pump is used to increase the temperature to the level required to heat the associated building such as 40 °C. Simultaneously, the extracted groundwater is cooled to a temperature between 5 °C and 8 °C. Subsequently, the cold groundwater is reinjected in the cold well. In summer, buildings can be efficiently cooled using groundwater from the cold well. This water is heated due to the cooling process by the heat pump to a temperature range between 14 °C and 18 °C. Subsequently, the heated groundwater is stored via the warm well in the LT-ATES for its later recovery in winter. If the cooling requires no facilities next to the low-temperature groundwater stored in the previous winter season, it is called free cooling. When excess heat is available, e.g. from solar collectors, or waste heat, this can be added to the warm well to reduce heat pump operation or make it even redundant.

In the NextGen project, by the MT-ATES system, the excess of heat from solar collectors, CHP, lighting, cold store and surface water is stored in an aquifer (depth between 50 m to 180 m below surface) so that it can be recovered in winter period for heating purposes. Figure 3 shows some images of the inside of the plant. 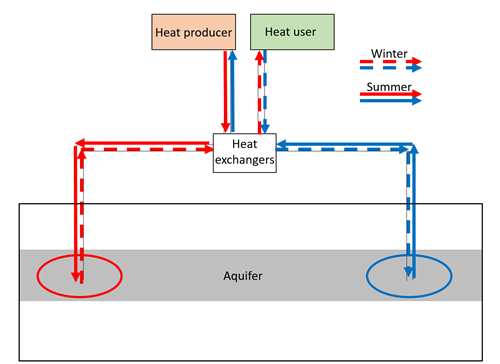 Fig. 1 General scheme of an HT-ATES 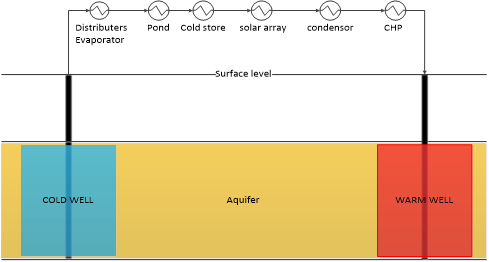 Fig. 2 Scheme of an LT-ATES as in NextGen (summer mode)

Plate heat exchangers as part of an ATES system

An ATES stores the heat over a long time period ranging between several months up to several years. The heat can be recovered, whenever it is needed.

Due to the high storage mass of an ATES, its storage capacity is high compared to other thermal storages.

Simultaneously to the storage of waste heat from industrial processes and its recovery for heating purposes, also, the cold groundwater can be used for cooling processes in the summer. Thus, it can replace for example conventional air conditioning and heating units.

The ATES system allows to store and recover waste heat or to provide cool groundwater for cooling purposes. This significantly reduces the amount of fossil fuels needed for heating in winter or for cooling in summer.

The thermal storage potential of an ATES depends on the mineralogical composition of the rocks in the aquifer, the compaction, stratification, porosity and permeability of the aquifer. Furthermore, waterlogged areas of an ATES have a higher thermal storage potential due to their higher heat capacity and their higher thermal conductivity compared to areas containing air or gases (Tab.1).

In Tab. 2, examples for HT-ATES and LT-ATES are presented with their characteristics and operating conditions. The ATES in Neuruppin, Neubrandenburg and Berlin are located in north Germany, while Westland is in the Netherlands. For the LT-ATES in Berlin, two aquifers in different depths are used. For the cold store, the upper aquifer at a depth of around 60 m is used and for the heat store, the aquifer in a depth of around 320 m is used (Sanner et al. 2005). Tab. 2 shows the operating conditions for the cold store.

Tab. 2    Characteristics and operating conditions of HT-ATES and LT-ATES (n.i. = not indicated)

Via energy and exergy analyses, the heat stored and recovered can be determined. Thereby, the thermal storage potential of an ATES depends on the mineralogical composition of the geological formation of the aquifer, its compaction, stratification and permeability. Furthermore, also the characteristics of the geothermal fluid such as its temperature, salinity and the dissolved gases influence the efficiency of the heat transfer from and to the fluid and the heat transport. The recovery factor is a typical key performance indicator showing the recovery efficiency of warm or cold stored thermal energy over the whole charge and discharge cycle (normally referred to one year). The recovery factor is defined by the ratio between the annually discharged and charged energy. Here, the operational age of an ATES plays a crucial role. According to Todorov et al. 2020, after 3 to 4 years of operation, the HRF converges. Tab. 3 shows typical values for warm and cold thermal energy recovery.

In the following table, the charged and discharged energy are shown. In Neubrandenburg the HT-ATES is operated since 1987 and the LT-ATES in Berlin since 2003.